I love my job!! This particular trip, a RunDisney friend who works for another carrier and I were going to get together in London for a little sightseeing and dinner. But, she texted me early on the morning we left to tell me she had gotten tickets for the Boston Red Sox vs New York Yankees in the first #LondonSeries and did I want to go?!?!? That was an easy one!!! We arrived just a little late in London, so I was able to get a quick 2 hour nap before we set off toward the Olympic Stadium. The first surprise came when we boarded the tube….we were talking with some Yankee fans from Orlando, when my friend looked at the lady and said “I know you”!! It turns out that she was an agent at my friend’s airline and at her city!! Small world!!

When we got to the stadium, we walked around looking at all the food offerings and looking for a merchandise tent that didn’t have a 2 hour line. 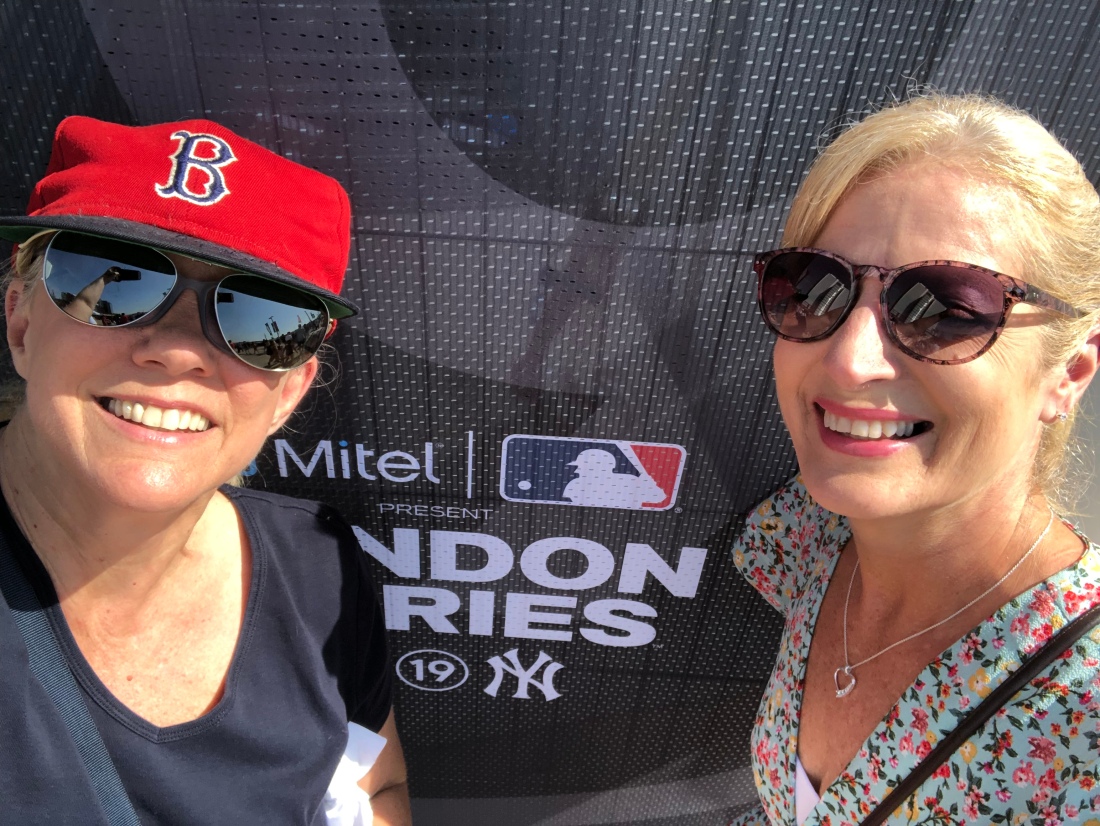 We weren’t very successful. So, we grabbed burgers and beer and headed up ( and I mean way up) to our seats. Thankfully, we were under the overhang and in the shade the whole time. The views were great and I took tons of pictures of the pregame show. 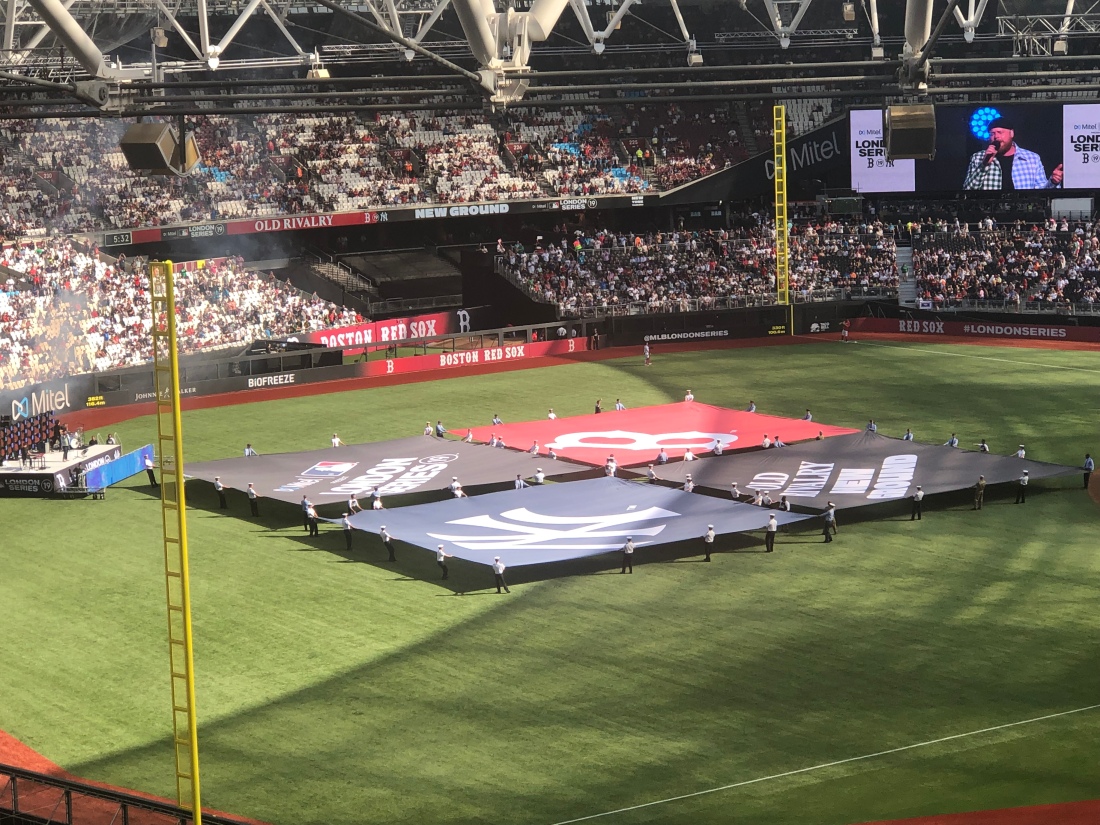 They had a flag show, a singer and a choir to sing the national anthems. It was the most beautiful version that I’ve heard in a very long time. One of the highlights for me was getting to see Prince Harry and some of the Invictus games participants there to throw out a ceremonial first ball. 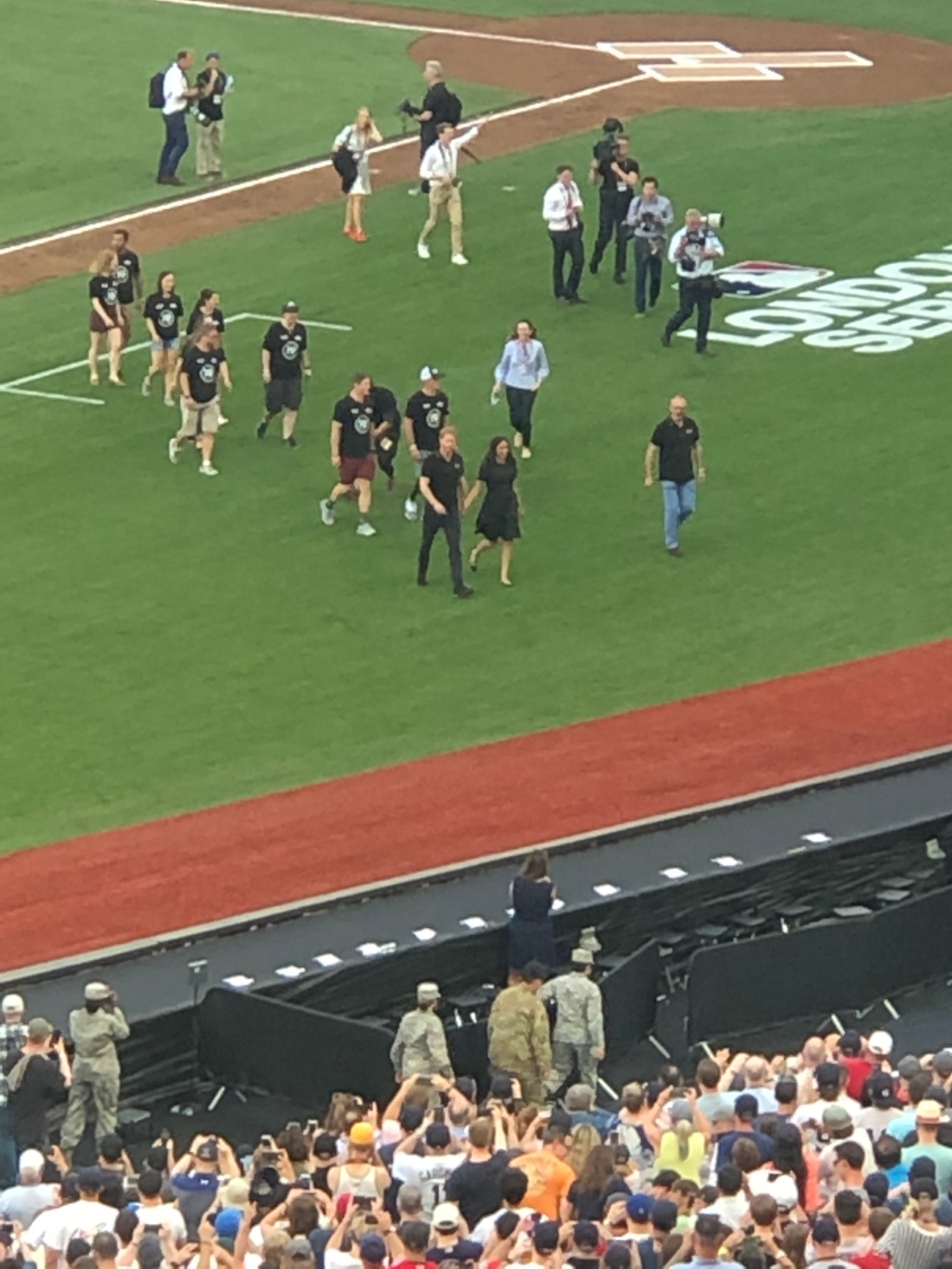 The first inning was hysterical, it took almost an hour and the bats were hot. When the first home run was hit, there was a special graphic on the Jumbotron that said first home run in London. 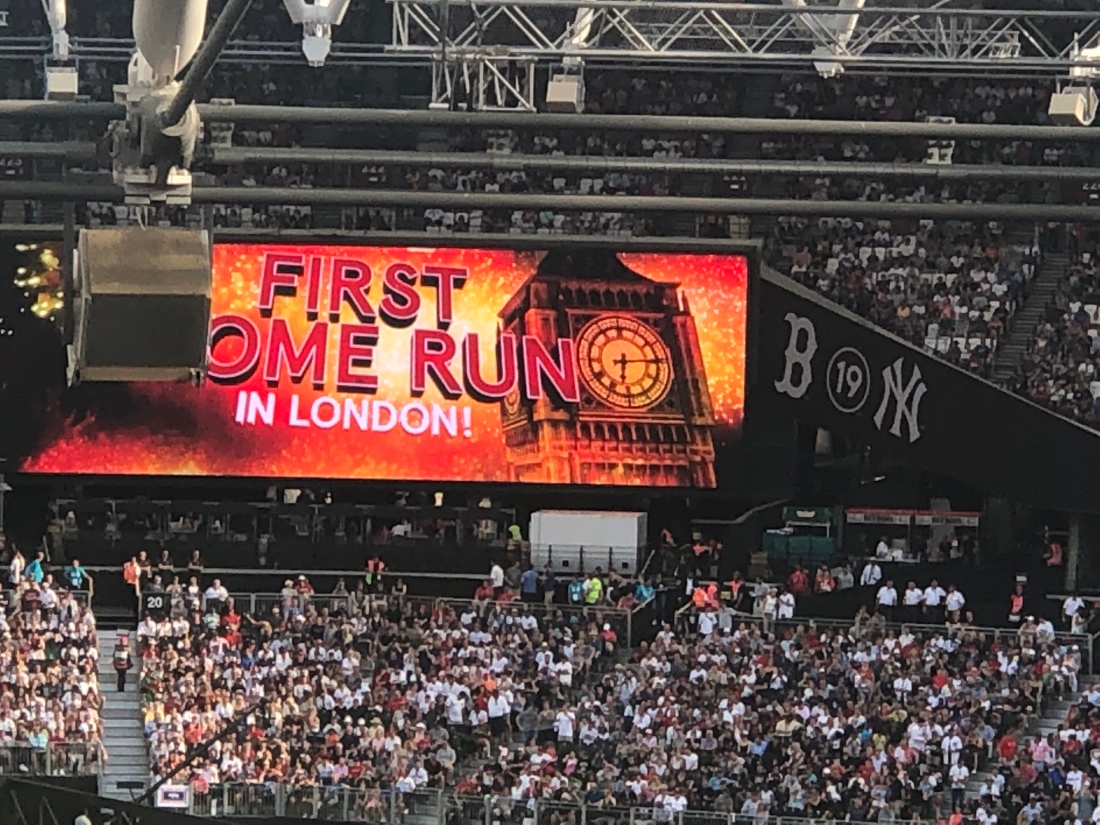 We were surrounded by fun people rooting for both sides and quite a few locals. Which leads me to the biggest surprise of the day. After the first inning (again, it was an hour long) the family to our left decided to go get food. We stood up to let them pass and all of the sudden, I hear the younger lady yell “Diabuddies”!!!!! 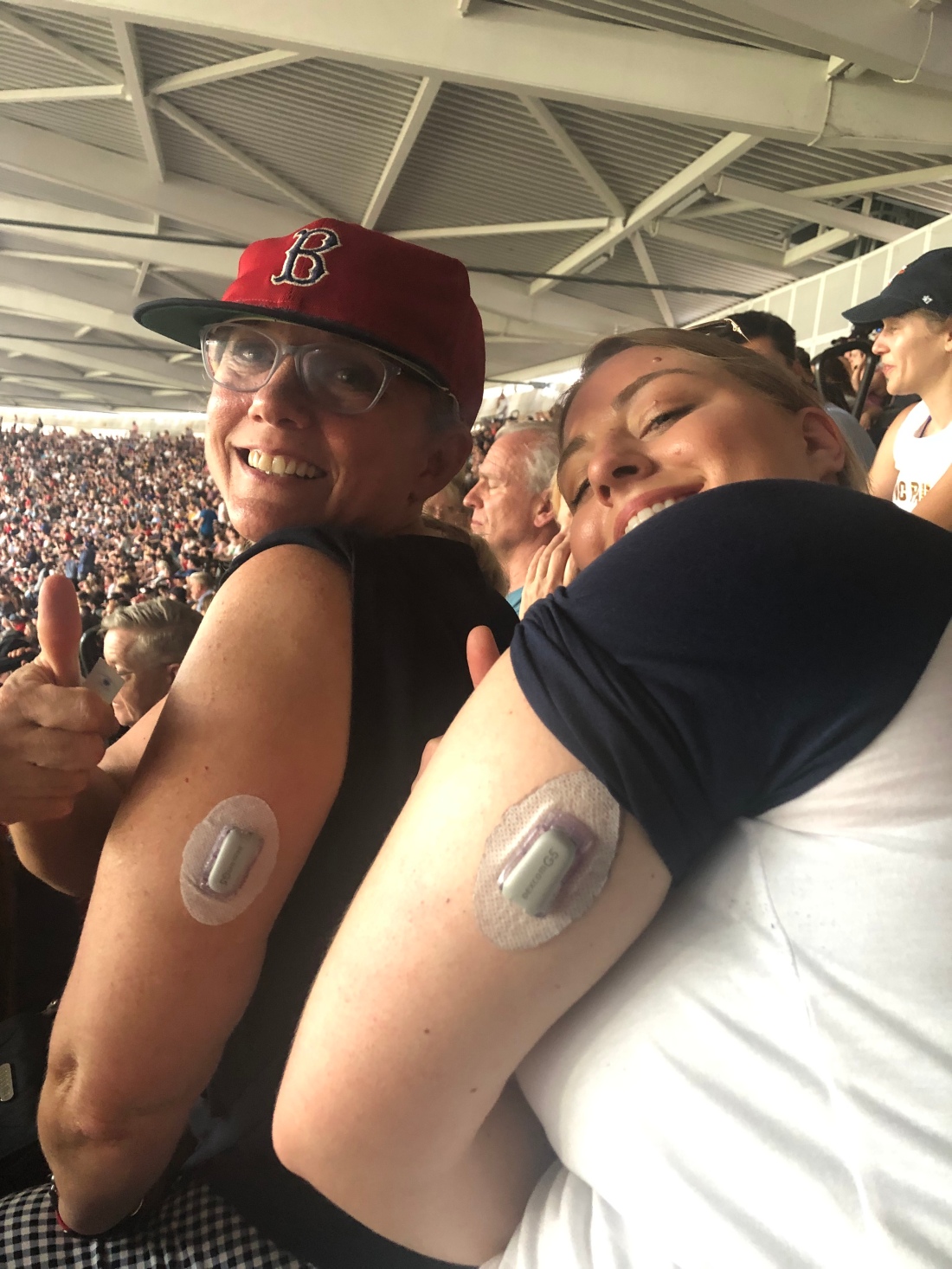 She was a fellow Dexcom Warrior!!! For those of you reading that are not familiar, Dexcom is our continuous glucose monitor that has been , for many of us, the most life changing device in the Type 1 diabetes world. It shows us (for me on my Apple Watch) what my blood sugar is and , more importantly, if it is going up or down and how rapidly. To recognize another type 1 “in the wild” is a great feeling….one that non T1’s really don’t get. And very important for young people, who feel isolated and different a lot of the time. I was so happy to meet the young lady and hope she finds this blog!! Also, I wanted to share with her and her family the conference that I’m going to in just 2 weeks. It’s called “Children with Diabetes Friends For Life”. This year is the 20th Anniversary. It is an incredible event for Type1’s of all ages . You will learn more than you can imagine and truly make friends for life!!! Please google it. It is life changing.

So there you are……2 great examples of “Finding your Tribe, wherever you are”!!!

Btw, this was written on the bus on the way to Heathrow. I apologize for typos!

One thought on “Finding your tribe, wherever you are!!!”