After 5 hours of sleep (I was excited), I rose early for the Audience with the Pope. If you’re new to my blog, the Sisters gave me a ticket. Sister had told me that I needed to leave at 7-730 in order to get a good seat. There was a crowd going through security, of course. In the craziness, I saw familiar colored fabrics of my Tahitian friend’s that I had met in Lourdes, France. I made my way to them and held up the picture I had taken. The lady made a huge smile, we took a selfie, and then she took off a strand of her seashells (lei) and put them around my neck . I was so touched and will treasure them forever. 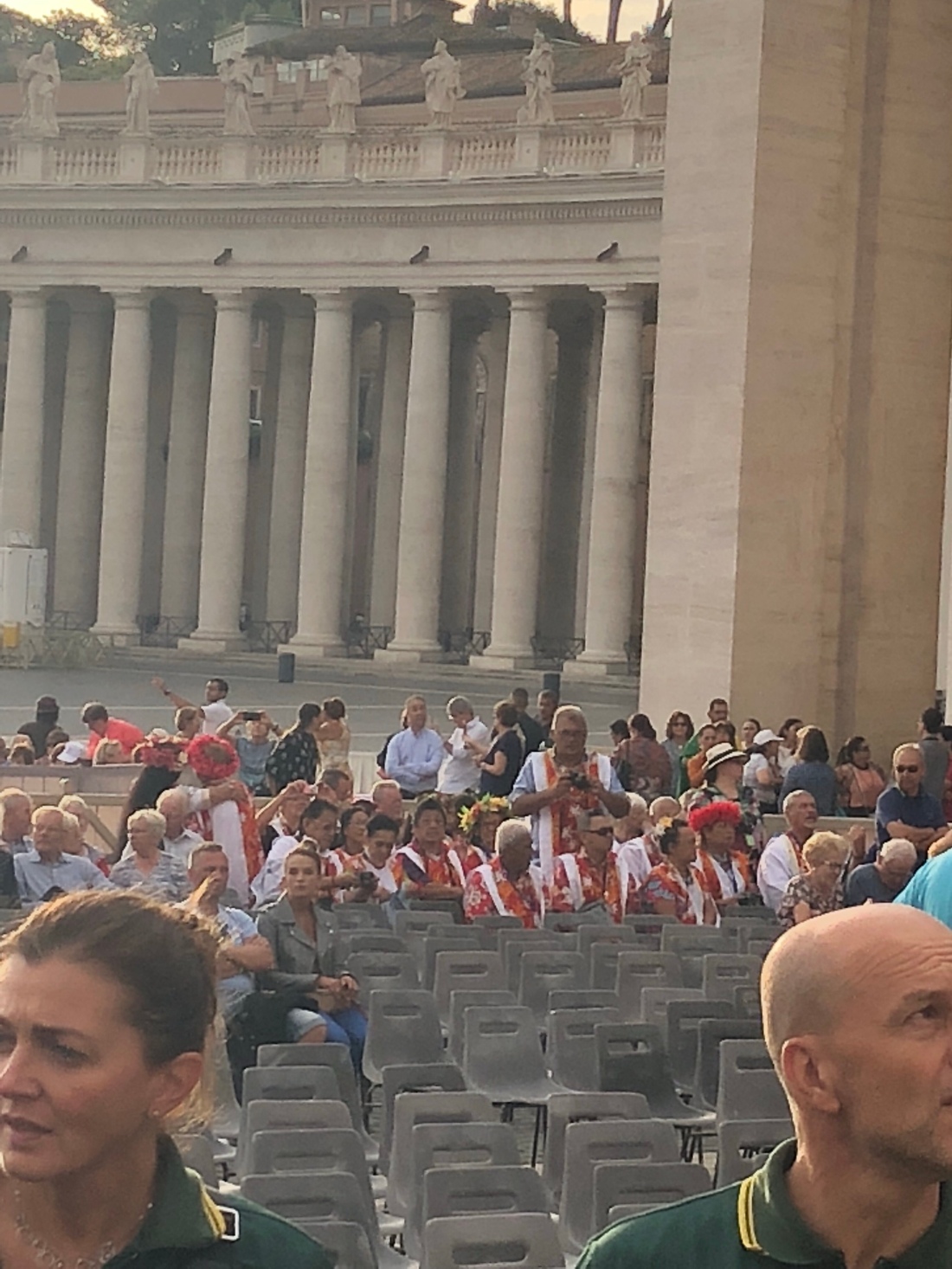 Their group aimed for a certain spot and , not knowing any better, I aimed for the front and found a seat in The eighth row. I found out later that you should head for the sides or corners and near babies if you want to see him up close as he rides around the crowd. But if I had done that, I would have missed a lot! There were groups from all over the world and I felt that, for just a moment, we were all at peace and one with another. It was as it should always be. Joy filled everyone’s face. In the very front was a group from Kenya. They were singing and dancing. Their exuberance was such that they were video taped. All I know is that they were making all of us smile! To the right of them was a group from Guadalajara. I saw people from Poland, Germany, Ivory Coast, Brazil, Argentina, Australia and many more.

The cheers when Pope Francis came out were incredible. A happy roar fits best. He makes a circuit through and around the crowd. As I heard someone exclaim, “He really does kiss all the babies”! As he neared me what I noticed most were his kind expression and genuine smile. To put it simply, I felt the love. 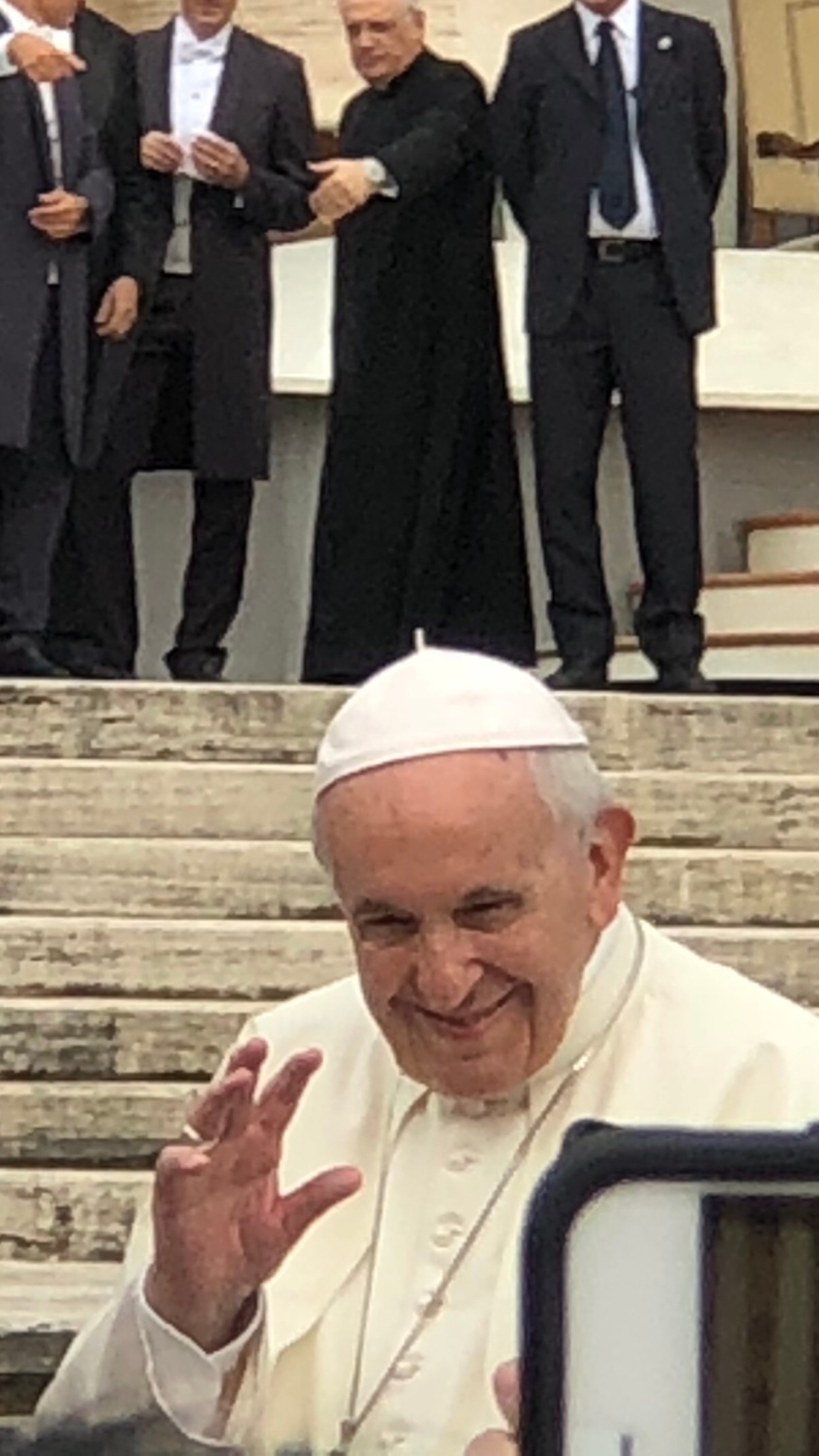 The service was in Italian, French, German, English, Portuguese , Polish and another that I didn’t recognize. The message was about respect for family. New marriages were blessed along with religious items. There was what I think was a blessing of Saint Bernards, but I’m not sure. I do know that it made for a great photo op. And, if you know me, you know I loved the dogs getting the attention. 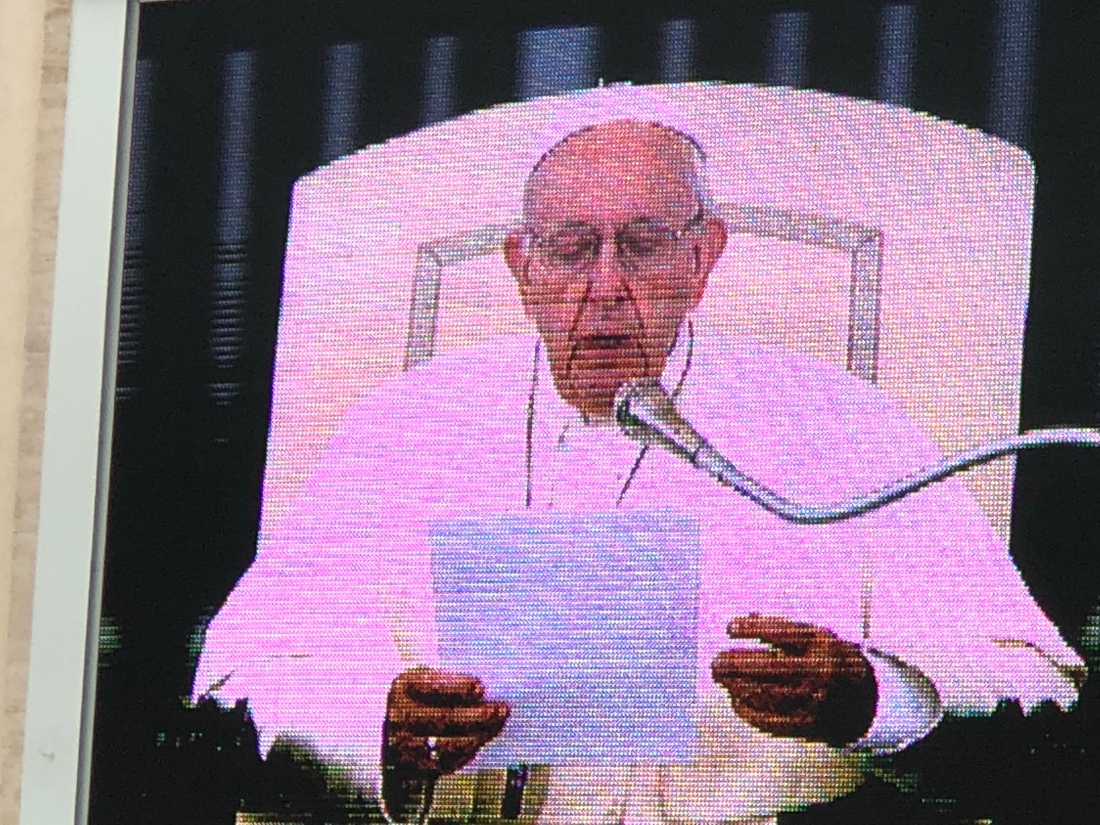 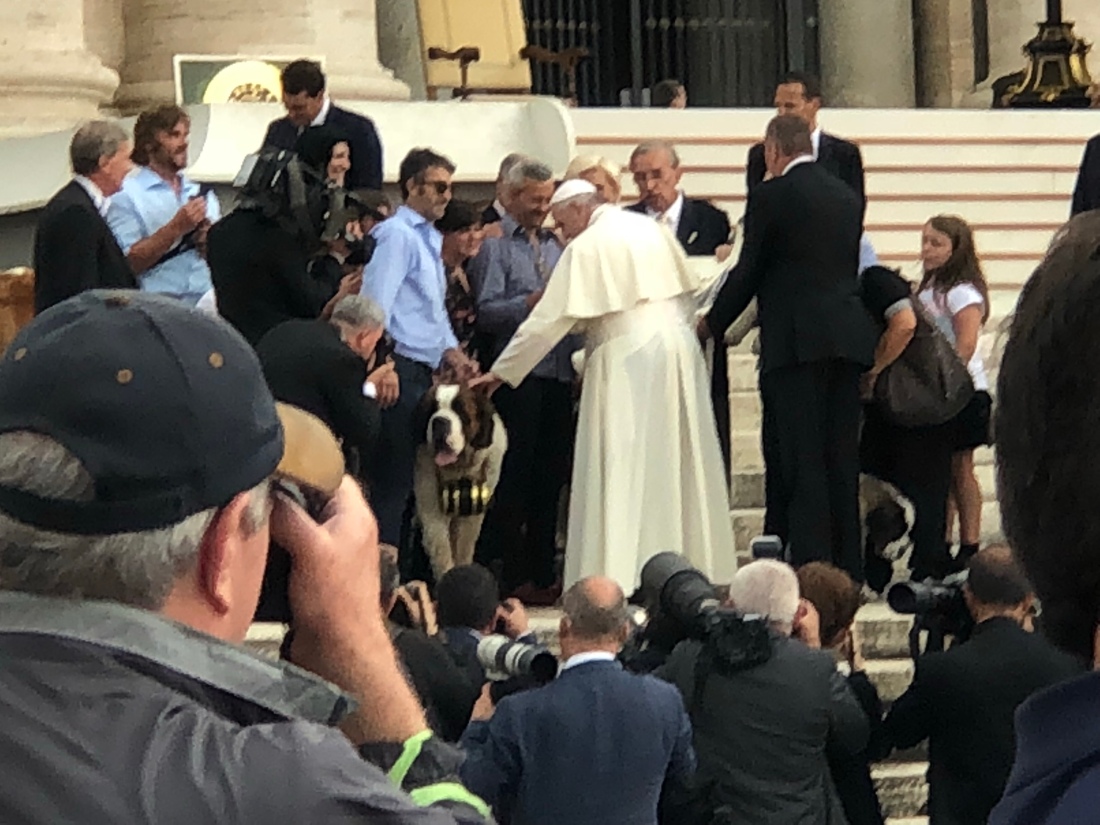 After that, he went to the groups that were seated near the altar. People stayed , hoping to get another up close view. I admit not wanting to leave either… the mass feeling of joy was too great to leave. I hope that the pictures will give you an idea of that feeling. One of the specific things I wanted to share was that I never felt crowded and I think it was because everyone was happy. 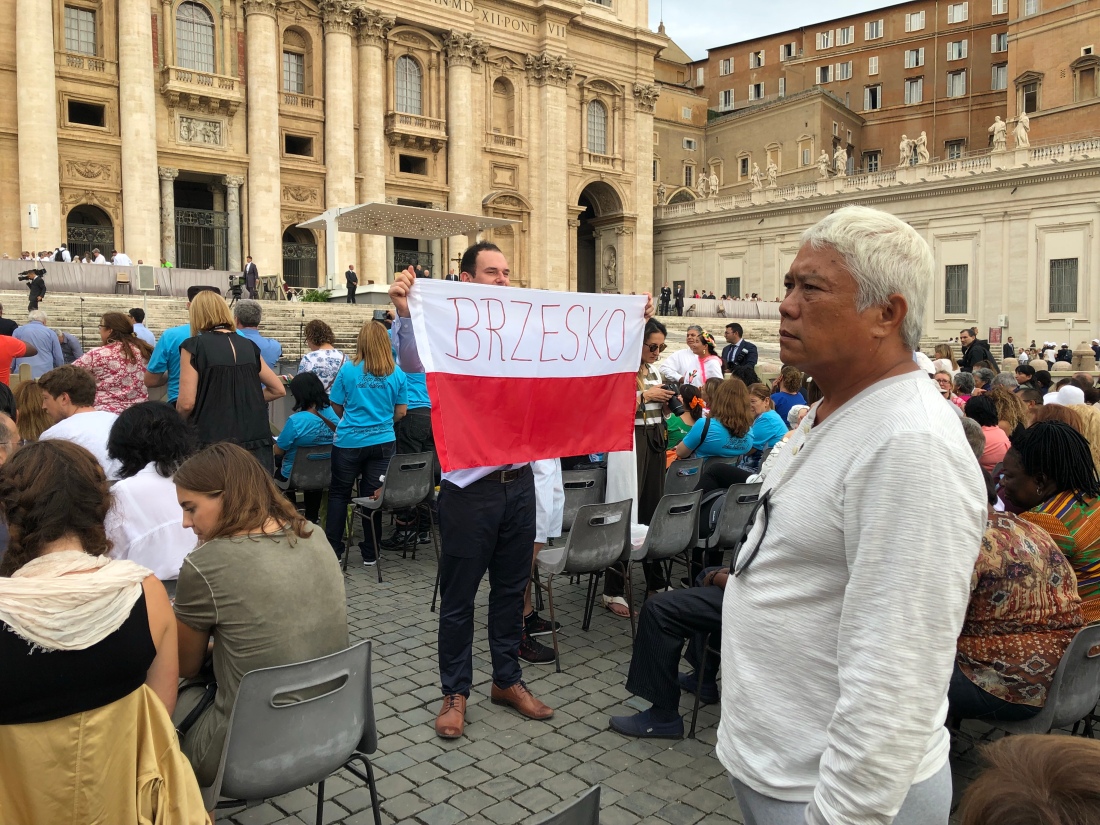 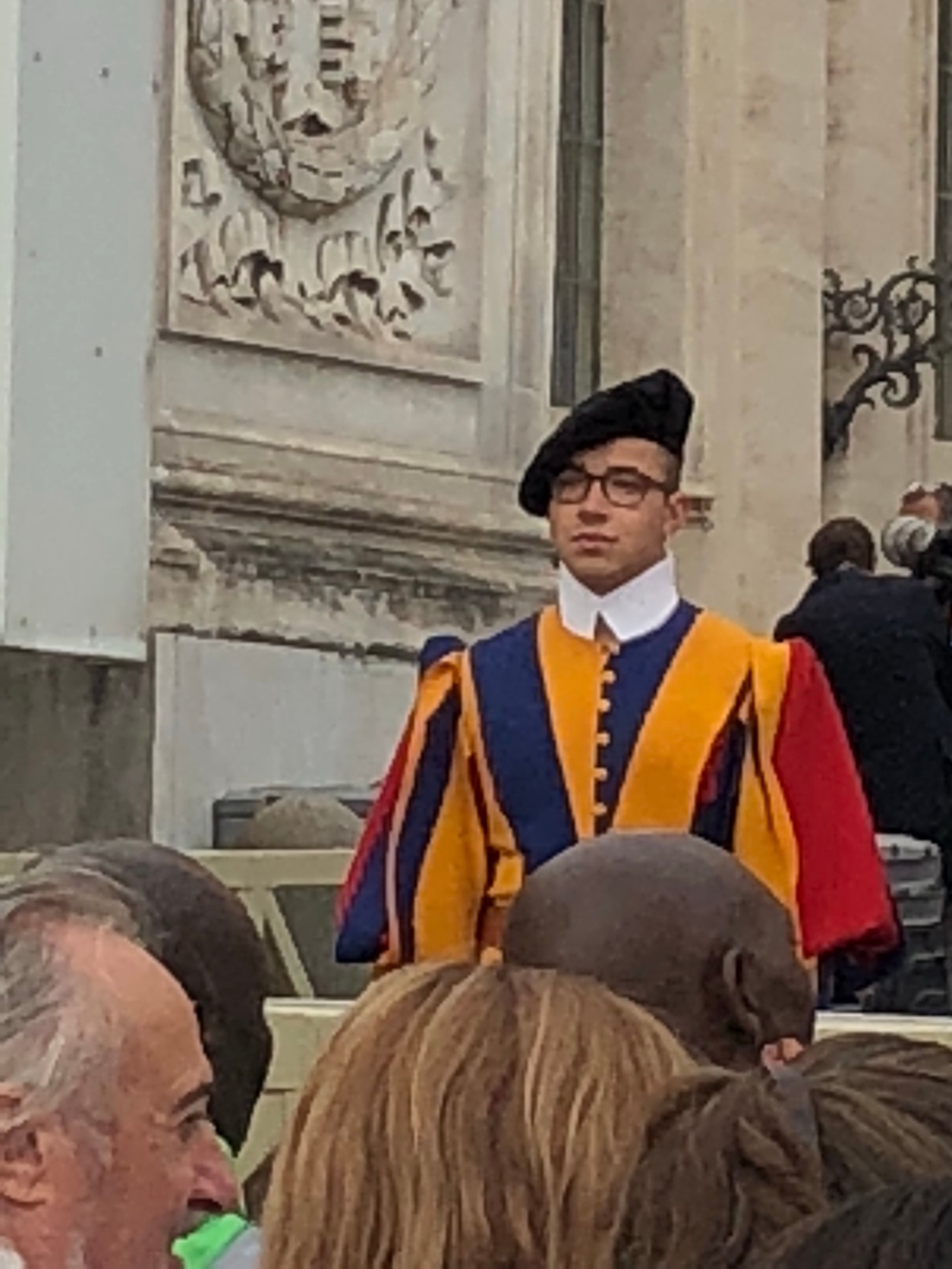 Eventually, I did leave as I had much more of Rome to see. This day I was completely on foot until the ride home (which I paid for the next . 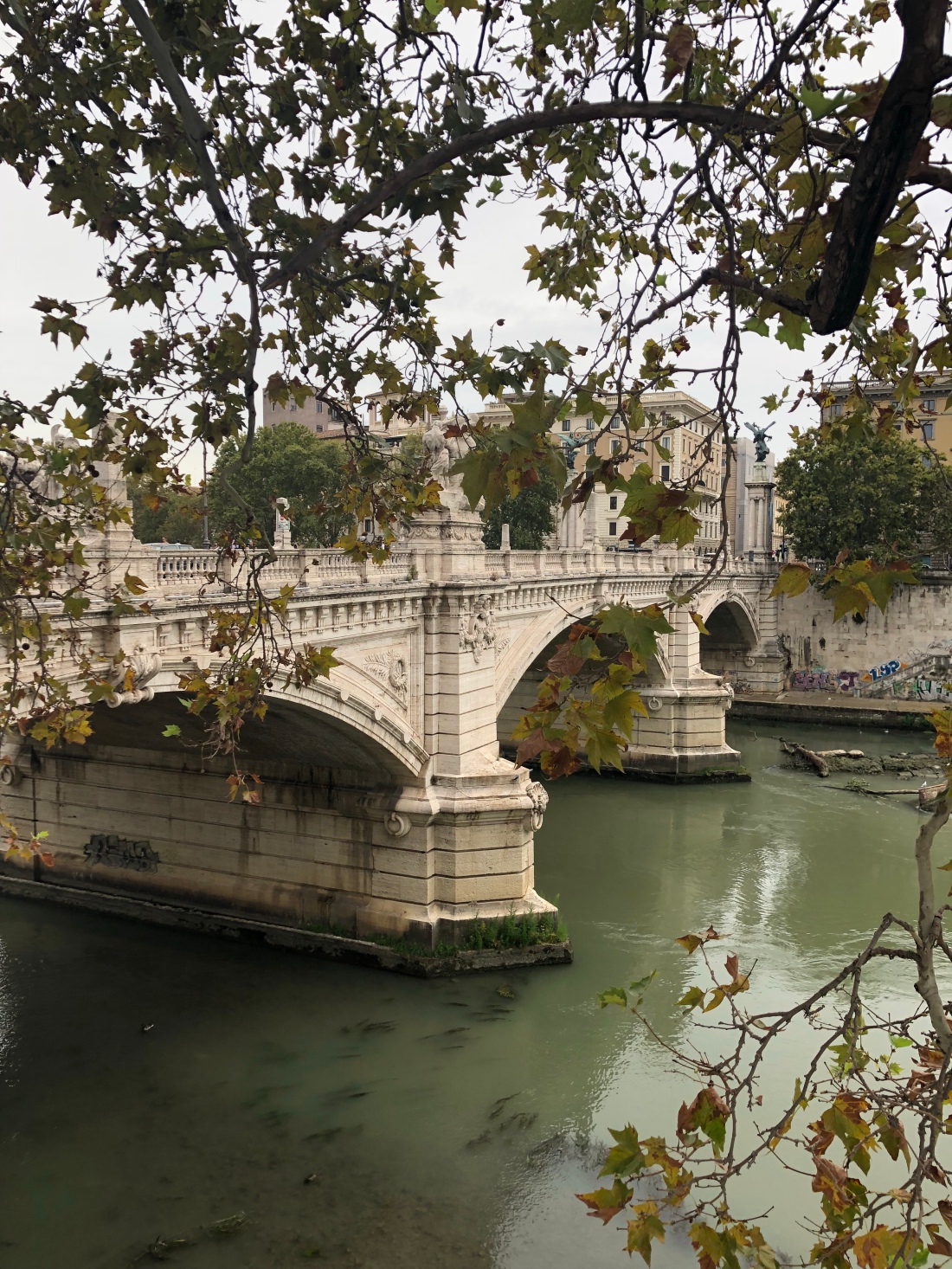 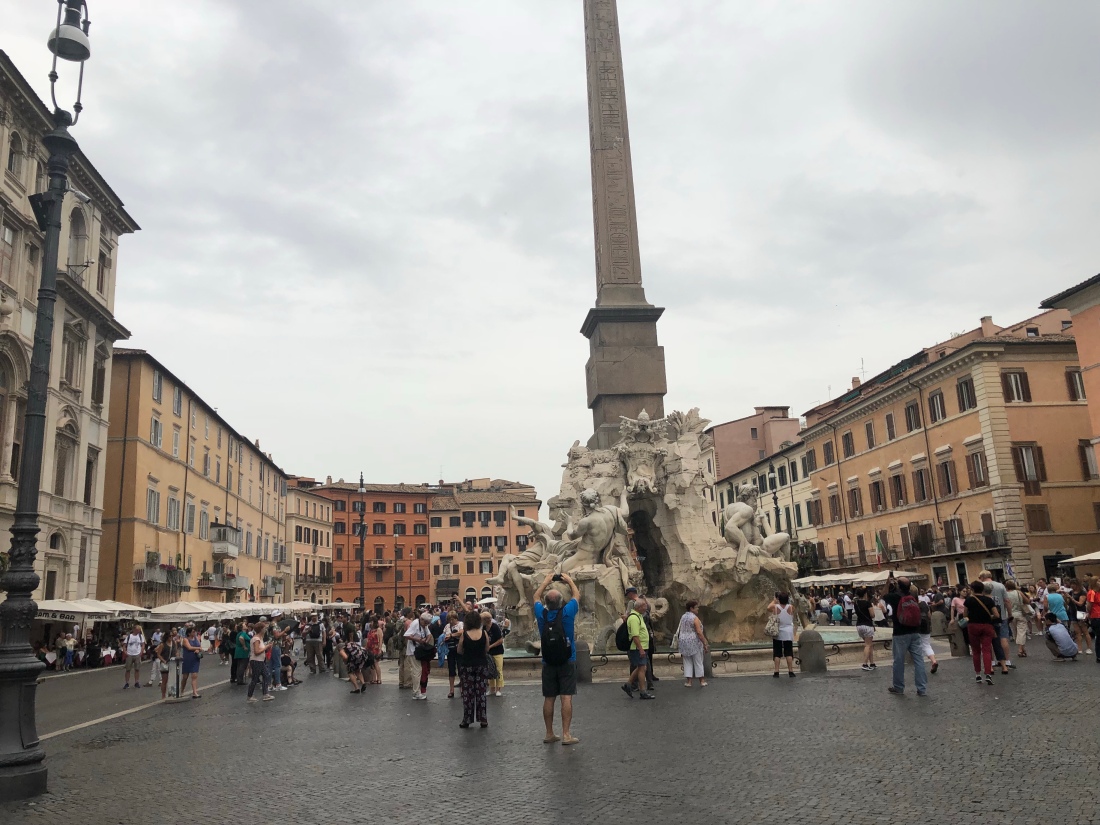 day). So, off I went in search of Piazza Navona. On the way, I bought a great leather satchel. I love the fountains.

Next stop was the Pantheon. We are so lucky to have so much that has survived from the timed period. To be able to see the grand size of things amazes me. While there, I went in a linen shop and got the coolest hand towel for my next door neighbor…. it has fish all over it. Are you seeing a pattern yet? Monument, shop, monument, shop…… 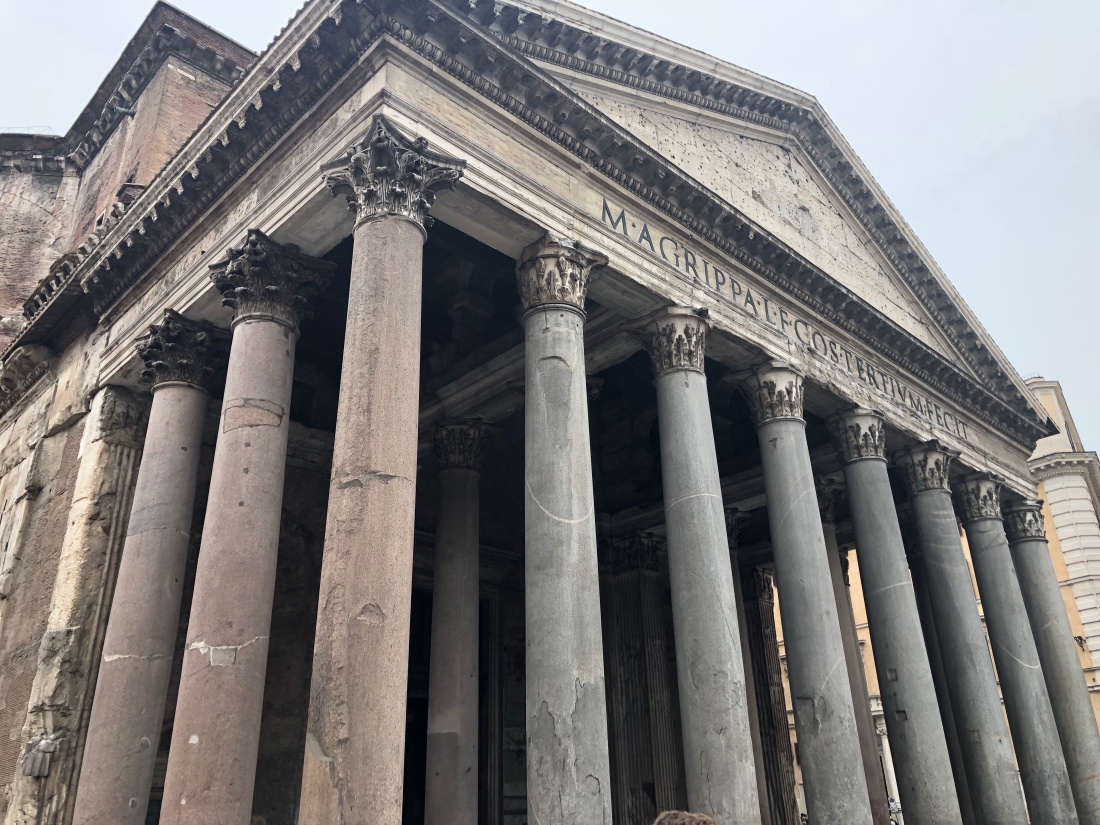 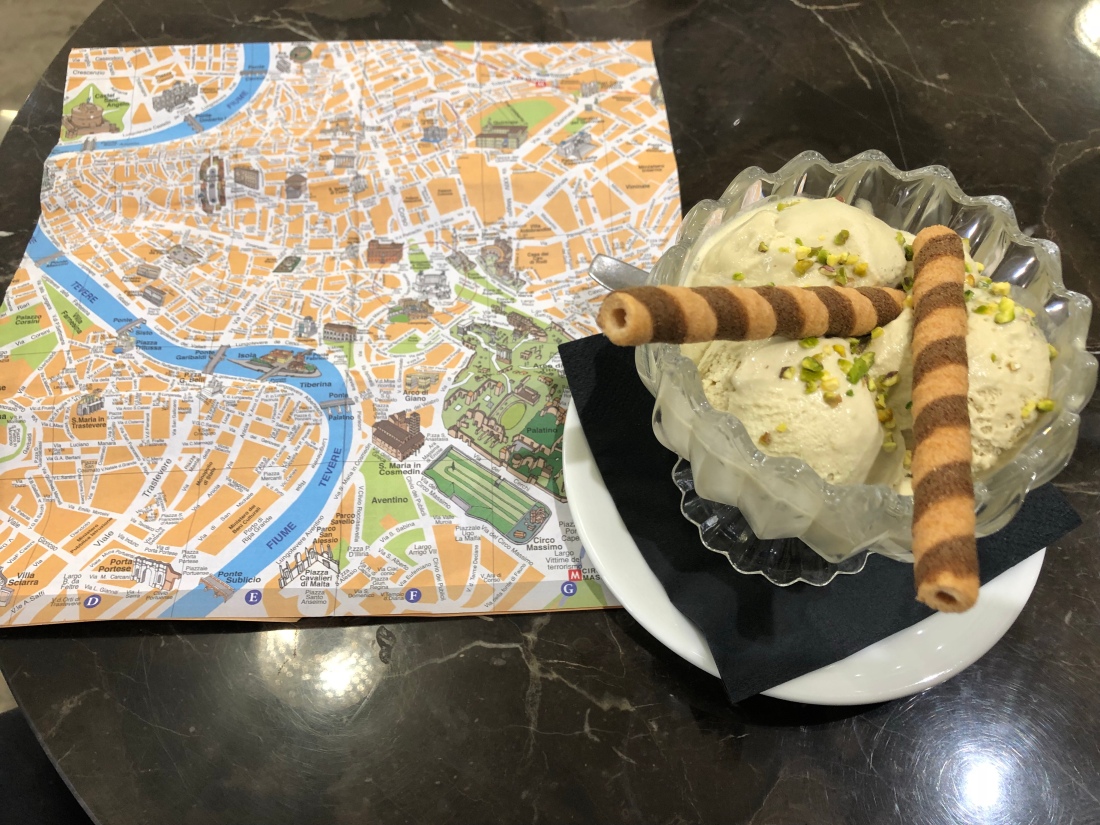 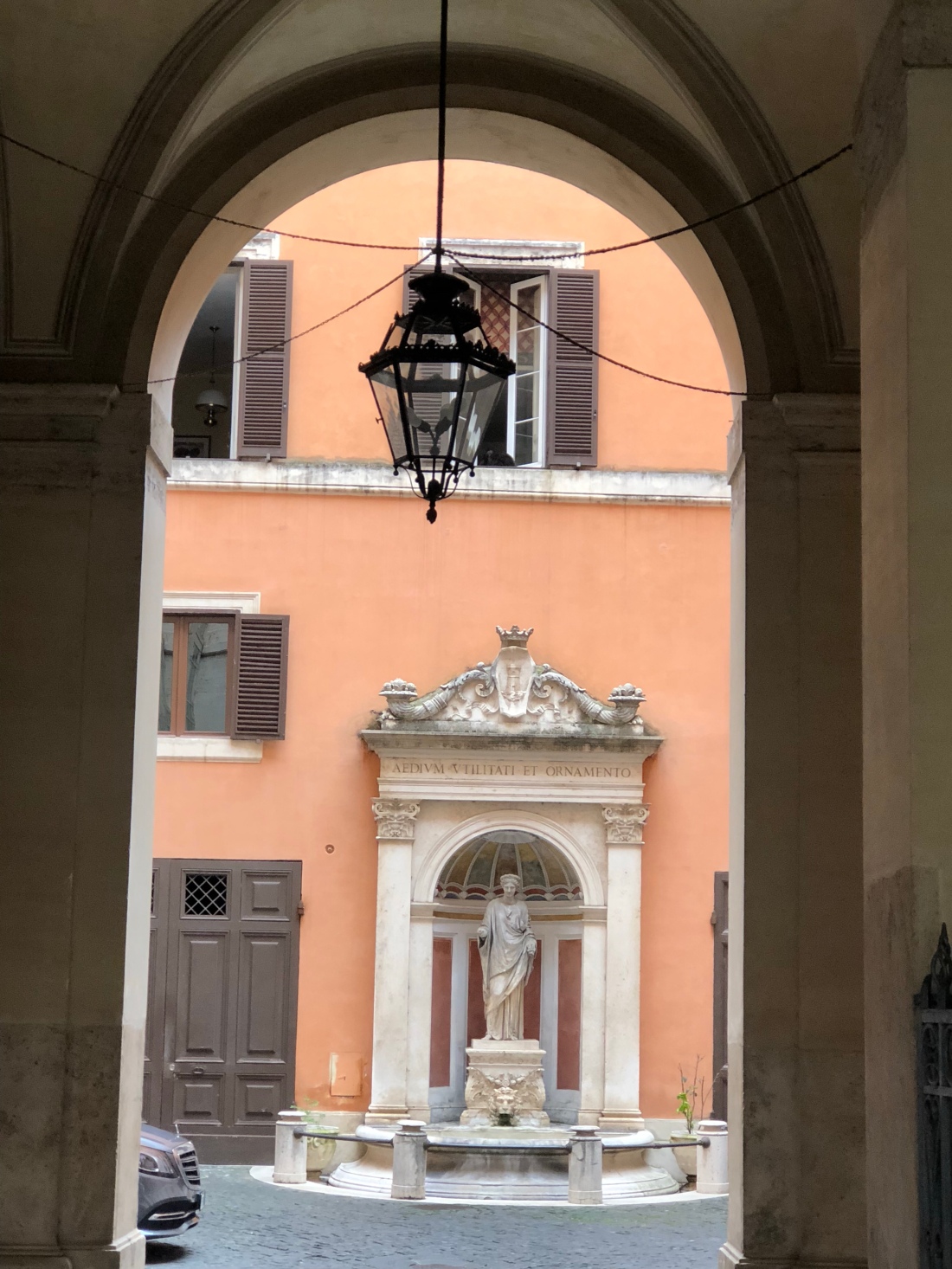 Last stop was the Trevi fountain where I threw the obligatory coins in to ensure my return to Rome another time. By this time, I was ready to drop and my feet were flat out done! 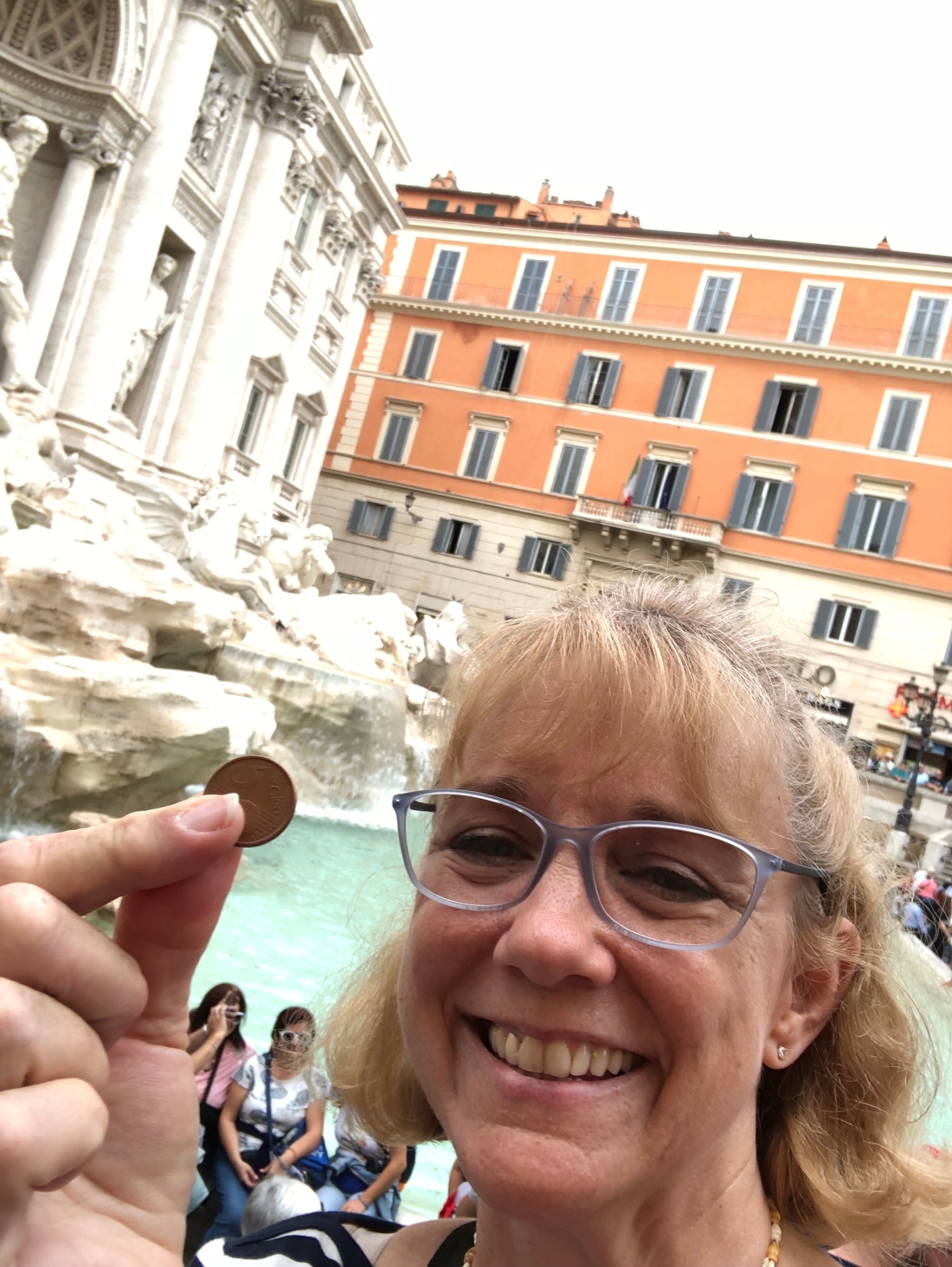 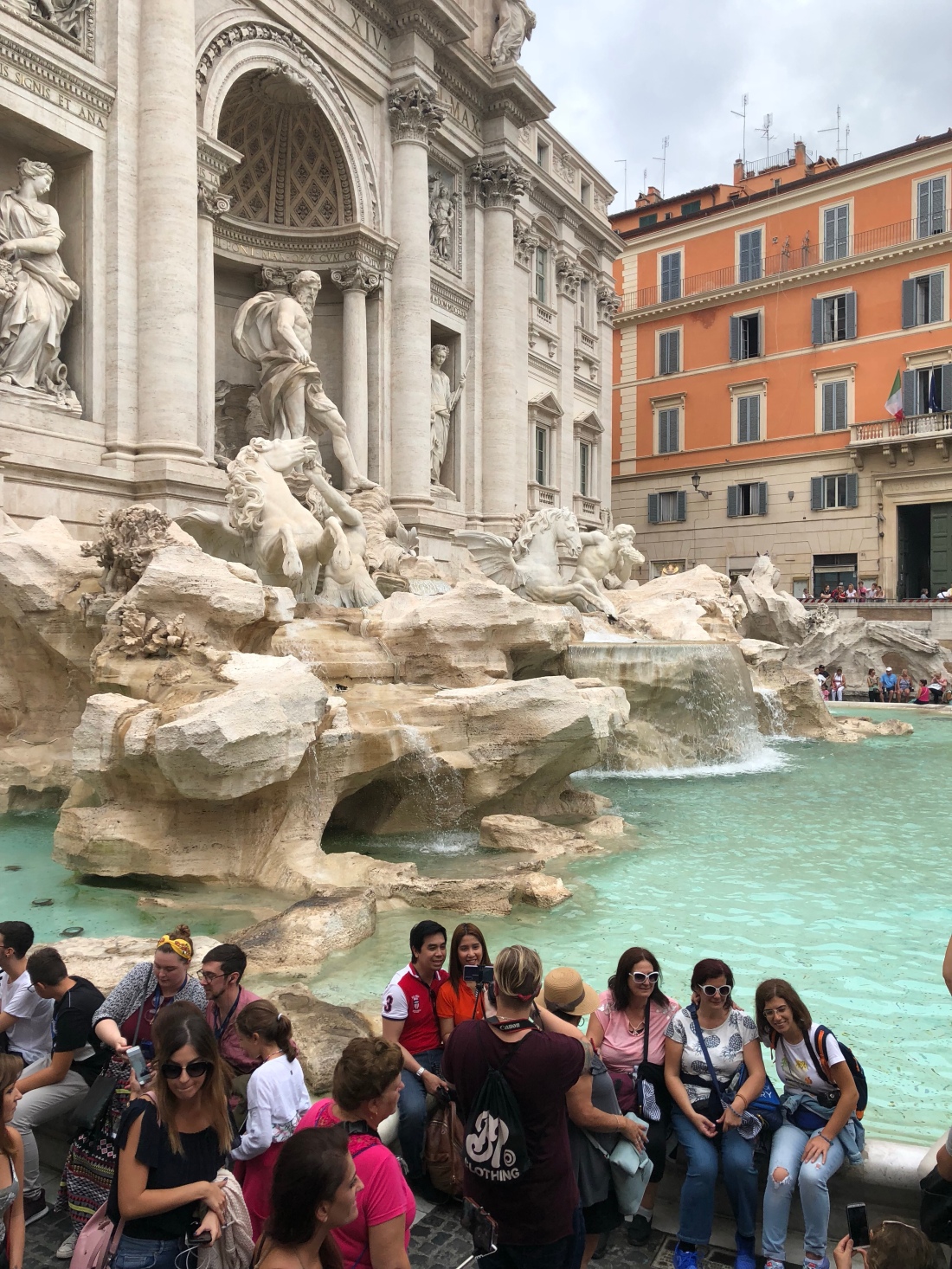 Stopped by the grocery store and picked up a sandwich and returned to my room. I think I was out by 9pm. It was a most spectacular day!!

Stay tuned for tomorrow’s installment on my last day in Rome and my tour of the Vatican museums and Sistine chapel. Until then…..Please “like” , “share, and “follow”.